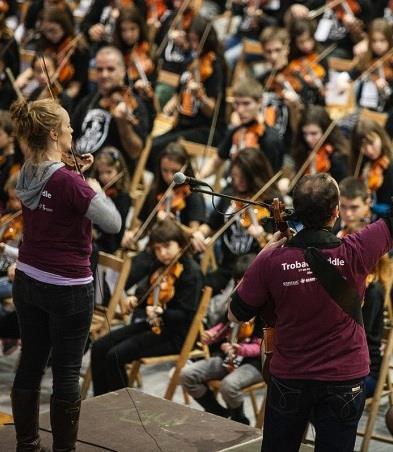 More than 500 young string players from 39 schools across Catalonia attended a mass public lesson and performance at the municipal sports centre in Martorell on 17 November.

The event, called Trobada Fiddle (Fiddle Camp), was part of the Barcelona Fiddle Congress, which took place at the School of Music of Catalonia from 17–19 November.

The Barcelona Fiddle Congress is organised by The Catalan Association of Schools of Music of Catalonia, the Private Music Schools Initiative for Catalonia and the Escola Superior de Música de Catalunya.