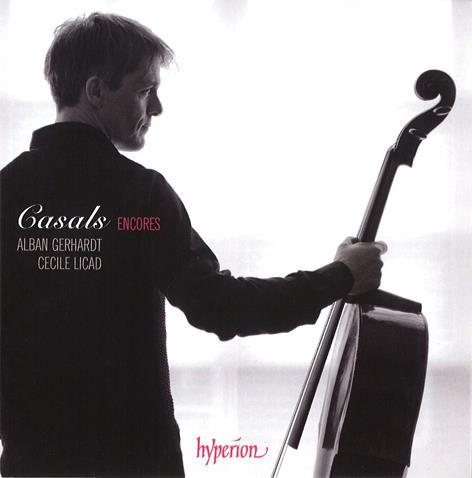 To compile this disc, Alban Gerhardt trawled his way through five discs of encores by his first cello idol, Pablo Casals, choosing 20 favourites. While so many short pieces of varying musical merit hardly make up what you’d call a balanced programme, the challenge of capturing the moods of these miniatures is met by Gerhardt and Cecile Licad with detailed devotion, following Casals’s example in treating each with equal care.

Although some pieces are still in the repertoire, the majority, long forgotten, allow us a rare glimpse into the musical world of the first half of the last century. There are the transcriptions, many by Casals himself, of popular classical works such as Chopin’s ‘Raindrop’ Prelude, beautifully poised here, with steely double-stops colouring the stormy middle section. Then there are the Spanish encores of which Casals was so fond – Granados’s Andaluza, treated by Gerhardt with a fluttery, light touch, and Falla’s Nana, for which the duo create an amazingly hypnotic, sultry atmosphere.

Add to these some rollicking Popper, which Gerhardt makes sound ridiculously easy, some deeply expressive operatic numbers, and a recorded sound that is both intimate and engaging and the whole concoction rises above mere nostalgia to make an attractive and appealing entity.