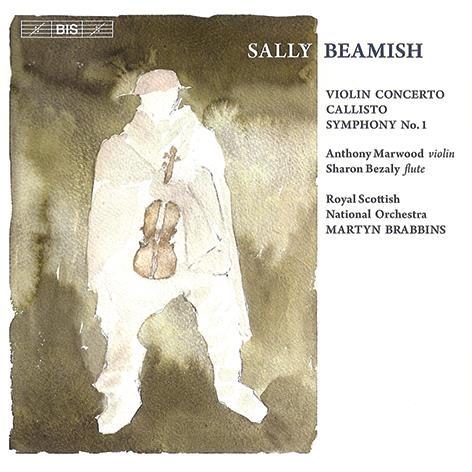 Sally Beamish’s 1994 Violin Concerto was written for Anthony Marwood. At his suggestion, it takes Erich Maria Remarque’s novel of the First World War, All Quiet on the Western Front, as its inspiration, and is an expression of the futility and tragedy of war. The violinist stands as the lone, fragile soldier against the might of the orchestra, and his outpourings of the most taut, achingly lovely and lyrical phrases have a brittle intensity that make this a deeply powerful piece. Beamish’s vivid orchestral colours – the oboe’s low doubling of the violin’s weeping melody on harmonics, for example – give the piece many dimensions, and the rich thrum of the cimbalom often rises to the surface of the texture.

Recorded sound has great depth and clarity, and the bloom and spaciousness of the violin makes this powerful piece even more persuasive. The more recent flute concerto, Callisto (2005), is equally vividly detailed, employing four solo instruments, from piccolo to bass flute. The Symphony no.1 of 1992 is slightly thinner by comparison, but overall this is a fine disc, showcasing the work of a composer worth seeking out.