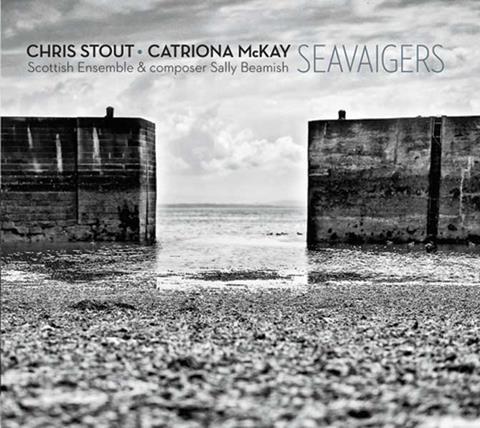 Chris Stout and Catriona McKay are firm fixtures on Scotland’s folk scene and, more specifically, in Shetland, where their string band Fiddlers’ Bid is based. Both artists cast their nets far and wide (McKay recently recorded a stunning duo record with Swedish nyckelharpa player Olov Johansson) and for this project collaborate with the Scottish Ensemble and British composer Sally Beamish. The album is divided into two parts: Beamish’s Seavaigers suite and the duo’s own work, Moder Dy, inspired by a wave pattern off Shetland. Identical in their instrumental make-up – fiddle, harp and string ensemble – and folk–classical approach, the two works are nevertheless very different.

In Seavaigers, soloists Stout and McKay are seafarers crossing the North Sea: a free-form opening duet develops into a knotty storm scene; the second-movement ‘Lament’ builds up in inversions of the same melody to convey a sense of anguish. Beamish allows Stout – who gives a high-wire performance here, despite occasional intonation problems – and McKay space to improvise in between ensemble sections that often conjure early Britten. Moder Dy does not match the intricacy of Beamish’s writing but draws deeply on Shetland dance styles. The eponymous first movement glides gracefully, led by McKay’s bubbling harp, and Stout’s silky playing leads the piece to its rousing conclusion. Captured in Dundee’s spacious Caird Hall, the recording is airy but does not lack definition. Altogether an imaginative and evocative recording project that will translate well to the concert platform.