Ariane Todes watches a film that pushes all the buttons of the string world, and quartets in particular 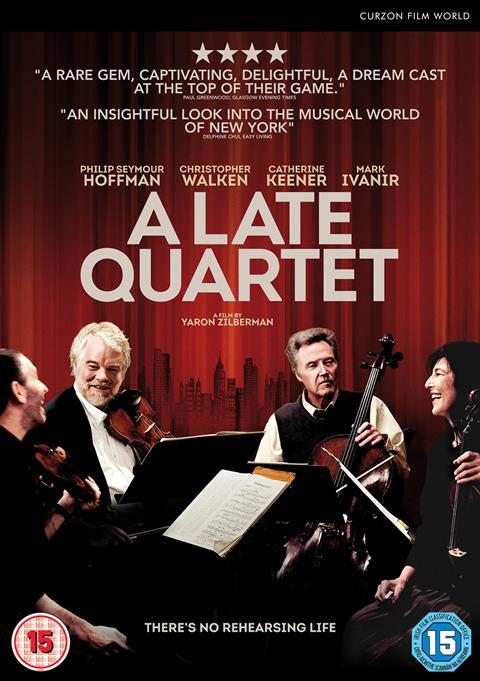 As the daughter of a Parkinsonian and the sister of a professional quartet player, I’d say I am pretty well placed to review this film. For the story (spoiler alert) concerns the Fugue Quartet, a successful New York group facing implosion at the start of its 26th season, precipitated by the diagnosis of Parkinson's disease in its cellist (Christopher Walken).

This sparks just about every potential quartet calamity possible. The mid-life crisis first violinist (played by Mark Ivanir) seeking his mojo in the arms of a younger woman; the resentful second violinist (Philip Seymour Hoffman) and his ambitions to become first; marital tensions and divided loyalties between him and his wife, the violist (Catherine Keener); the sense of impending mortality of the oldest; the musicians’ daughter, resentful at having had to compete with Haydn bowings while growing up; the challenge of remaining creative after all these years; and the sacrifices individuals ultimately make for the collective.

As if this isn’t enough, we also experience an auction; the first violinist happens to make bows, leading to close-up demonstrations of his craft and even a little explanation of bow hair; and the whole plot revolves around Beethoven’s op.131, with every metaphor of the piece wrung out in lessons and quartet classes.

Yet despite being so loaded, the film is convincing and highly absorbing. It’s tightly structured around three different performances by the group, and sets a snappy pace, with a good soundtrack from the Brentano Quartet. The detail of daily string life is lovingly portrayed, if maybe over-emphasised for non-string people to pick up on – exemplified by the heavily marked Beethoven score we see in the opening. A few specifics make one blink: a Gagliano at auction for $25,000 – really? And is playing a quartet from memory considered an artistic achievement? The dialogue inevitably over-explains and philosophises more than the average musician, I imagine, but this falls just short of annoying for those in the know.

This is because the characters and their traumas feel real and multi-layered. The playing itself is mimed relatively convincingly, especially the group dynamics, if not always the finger movements. The only questionable depiction is how the daughter (played by Imogen Poots) seduces the first violinist, her teacher, seemingly to spite her mother, who may have once been his lover. It’s rather a romanticised portrayal of an illicit student–teacher relationship, with the tutor playing with the student’s head (‘you’re testing the extent of your power’) but ultimately portrayed as her victim.

The film is basically ‘essence of string world’, with just about every single facet and emotion of our realm distilled into 105 minutes, and is enjoyable for all that. With a telegenic New York winter acting as the backdrop, this DVD is definitely one for a cold winter night in for any reader of The Strad.