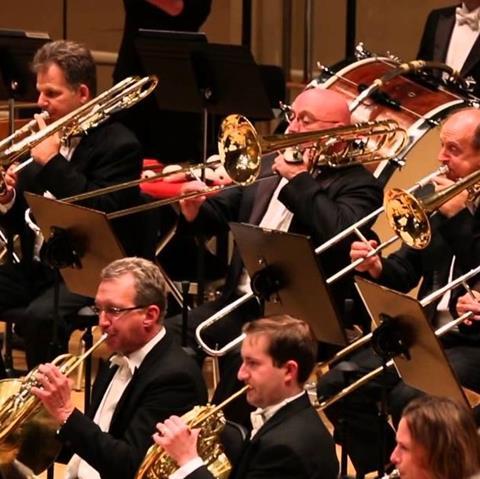 Violist Chris Goldscheider is suing the Royal Opera House in London for damaging his hearing during rehearsals for Wagner’s Die Walküre in 2012. The musician blames his hearing issues on brass instruments positioned directly behind him in the orchestral pit, where the sound peaked at 137 decibels – around the level of a jet engine.

According to court documents obtained by the BBC, the noise ‘created an immediate and permanent traumatic threshold shift’, resulting in ‘acoustic shock’ which causes the brain to amplify day-to-day sounds. As a result the musician has ‘lost his career’. ‘Ordinary sounds like banging cups and glasses together is a very painful noise,’ he said.

The Royal Opera House, which provided musicians with hearing protection capable of reducing noise by up to 28 decibels during the rehearsals in question, is denying culpability:

‘Mr Goldscheider's compensation claim against the Royal Opera House is a complex medico-legal issue, which has been going on for some time and is still under investigation,’ said ROH in a statement. ‘All sides are keen to reach a resolution. The matter is now the subject of legal proceedings, and in the circumstances it wouldn't be appropriate to comment any further at this stage.’