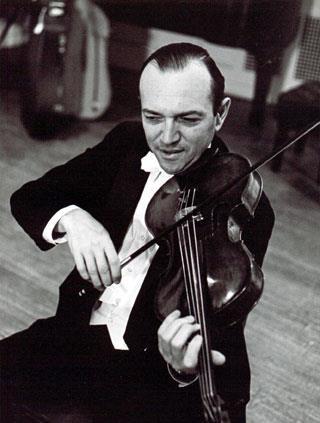 US viola player and teacher David Schwartz has died at the age of 96. In a varied career, he performed as a soloist, a session player, and in orchestras and chamber groups.

Born in 1916 in Detroit, Schwartz studied with Louis Bailly and Max Aronoff at the Curtis Institute of Music. He joined the Cleveland Orchestra’s viola section in 1936, being promoted to principal violist three years later. In 1941, soon after the US entered the Second World War, he enlisted as a sergeant in the Air Force, where he was recruited by Glenn Miller for his Army Air Force Band.

After the war, Schwartz performed with the WOR Sinfonietta in New York, before returning to his home town to play with the Detroit Symphony under Paul Paray. He performed with the NBC Staff Orchestra and Symphony Orchestra under Arturo Toscanini, and was principal violist of the Puerto Rico Symphony for its inaugural season under Pablo Casals. Schwartz also performed as a soloist at Carnegie Hall in the early 1960s.

In 1958 Schwartz joined violinists Henri Temianka and Charles Libove and cellist Lucien Laporte in the Paganini Quartet. He spent three years with the group, touring the US, Asia and South America. From 1962 to 1969 he was a faculty member of the Yale Summer School of Music and Norfolk Chamber Music Festival, where he formed the Yale Quartet with violinists Broadus Erle and Yoko Matsuda and cellist Aldo Parisot. Among the quartet’s releases is a benchmark recording of Beethoven’s late quartets.

In 1970 Schwartz moved to California, where he spent the rest of his life. He spent a year as a professor at the California Institute of the Arts before starting as a studio musician. His playing can be heard on several recordings of John Williams scores, including Jaws, E.T., Close Encounters of the Third Kind and Raiders of the Lost Ark. In his later years he served vice president of the Recording Musicians Association of Los Angeles, an arm of the Musician's Union, among other roles. Among the violas he used during his career were a Maggini, a 1625 Brothers Amati and a 1711 Michael Albani.