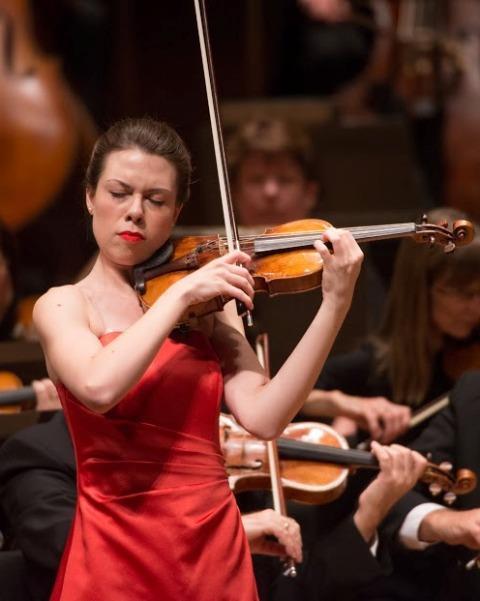 New York’s Lincoln Center has named the recipients of its 2016 Avery Fisher Career Grants, each worth $25,000. The awards, designed for young musicians or chamber groups with the potential for major careers, have been granted to five individuals this year – violinists Alexi Kenney, Tessa Lark (pictured) and Sean Lee, cellist Jay Campbell and pianist George Li.

Each of this year’s recipients has already achieved significant musical success: Alexi Kenney was the winner of the 2014 CAG Victor Elmaleh Competition aged 19; Tessa Lark won the Naumburg International Violin Award in 2012 and was the Silver Medalist of the 2014 International Violin Competition of Indianapolis; Sean Lee’s debut album on EMI Classics reached the classical iTunes chart Top 20 in 2013; Jay Campbell  made his debut with the New York Philharmonic in 2013 and will release a disc of Beethoven, Debussy, Stravinsky and Pintscher this year; and George Li was Silver medalist in the 2015 International Tchaikovsky Competition.

Lincoln Center’s Avery Fisher Artist Program was established in 1974 to give outstanding US instrumentalists significant recognition on which to continue to build their careers. To date, 141 artists have received Avery Fisher Career Grants.