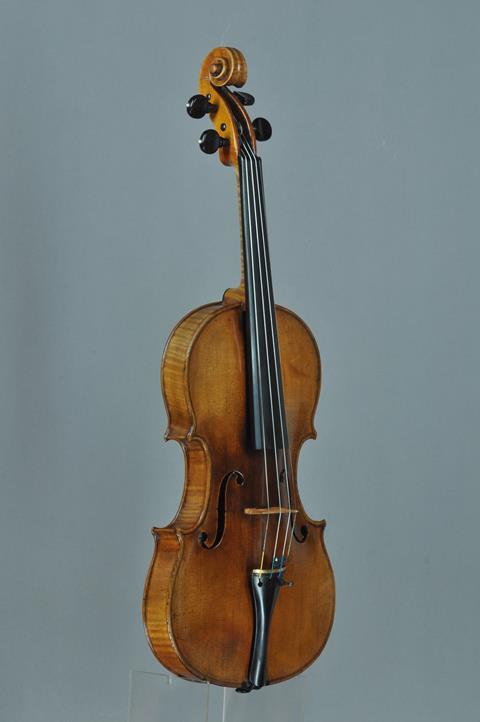 A violin believed to be the instrument Mozart owned and played during the years he lived in Vienna from 1781 has been donated to the Salzburg Mozarteum Foundation in Salzburg, Austria.

The instrument contains an inside label stating the name of the Italian maker Pietro Antonio Dalla Costa, a member of the Venetian school, and the date 1764. It will be exhibited in Mozart museums in Salzburg and will receive regular performances along with other instruments owned by the Foundation.

Having had the instrument authenticated, the Foundation described it as ‘complete in all essential parts, and in a good and playable condition. As was true of almost all Italian violins made by a master craftsman in the 17th and 18th centuries, the neck and fingerboard were extended later so that it could be used for the violin repertoire of the Romantic period.’

The history of the Dalla Costa violin owned by Mozart can be traced back to its maker and is set out in the press release:

‘In 1909 the Costa Violin was bought by the company W. E. Hill & Sons in London. The previous owner, the violinist Karl Henkel, explained that his father Heinrich Henkel had bought the violin around 1840 from the music publisher Johann Anton André in Offenbach. André always described the instrument, which he had acquired from Mozart’s widow in 1799, as part of the composer’s musical estate, as “Mozart’s violin”. During the 1940s and 1950s the instrument was discussed and photographically documented in some specialist journals, but before the dissolution of the company Hill and Sons in the 1980s the violin was never played in public or scientifically studied. The violin was then acquired by a businessman and amateur musician in southern Germany.’

Mozart’s father Leopold had high ambitions for his son to become a virtuoso violinist, and by 1763 the Wolfgang was performing at various courts and in 1773. He became an accomplished violinist, and although as a performing musician in Vienna he concentrated on the fortepiano, in private he continued to play stringed instruments. According to the Mozarteum, Mozart is thought to have acquired a Dalla Costa violin soon after settling in Vienna, as at that time he composed several sonatas for violin and piano which were explicitly intended for himself and his wife Constanze.

‘This is the instrument upon which he [Mozart] is said to have always played, and its history is known and documented since it was sold by Mozart’s widow to Michael Henkel, a close friend of Mozart. Henkel, who was town organist at Fulda, gave it to his son, Heinrich, in whose possession it remained – except for a brief period when it was loaned to Ludwig Straus, then concertmaster at the Frankfurt Opera – until his death, when it  passed to his son Karl Henkel, a well-known German violinist who lived in London for many years.’

Another violin, possibly made by a member of the Klotz Family, c.1700, and which the Foundation believes was used as a concert instrument by Mozart in Salzburg, was purchased by the Foundation in 1956.  In 1966 the organisation also acquired a viola also purportedly owned by Mozart and made by an anonymous luthier in northern Italy, c.1700.

The Salzburg Mozarteum Foundation is the world’s largest collection of original instruments, portraits, letters and other private objects belonging to the Mozart family.