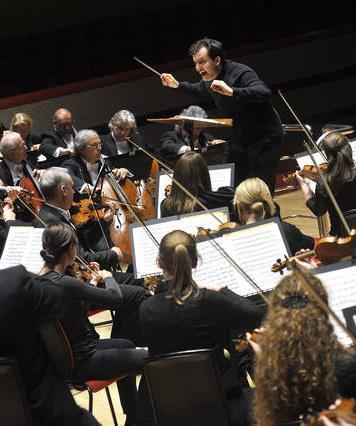 Orchestras and other UK arts organisations are calling on the government to give visiting musicians similar tax breaks to those being made available to visiting sports stars.

The demand comes in response to the government's decision to give tax exemptions to athletes competing at this summer's London Grand Prix athletics meeting. Non-resident foreign footballers playing in the UEFA Champions League Final at Wembley on 25 May will also have a tax-free dispensation, in accordance with a UEFA directive to host countries.

Writing in an open letter to The Telegraph, 35 managers and directors of UK orchestras, venues, conservatoires and artist management agencies said:

'International tax conventions adopted by the British Government arbitrarily treat artists and musicians as well as sportsmen and footballers differently from other categories of taxpayer. However, this is compounded by the Government choosing to exempt foreign sports personalities from withholding tax, to encourage major sports events to take place in Britain, while leaving in place an aggressive tax regime for visiting musicians and artists.'

They added: 'Our major cultural events and festivals are no less relevant than the Champions League Final or the London Athletics Grand Prix. If we are seeking to establish a legacy from the 2012 Olympic Games, we should be doing all we can to sustain the legacy of the Cultural Olympiad as well.'

The signatories represented orchestras including the London Mozart Players, the Hallé Orchestra, the City of Birmingham Symphony Orchestra (pictured) and the Britten Sinfonia.