The violinist gives advice on staying grounded and rested, adjusting to different halls, and keeping each performance fresh during an orchestral concert tour 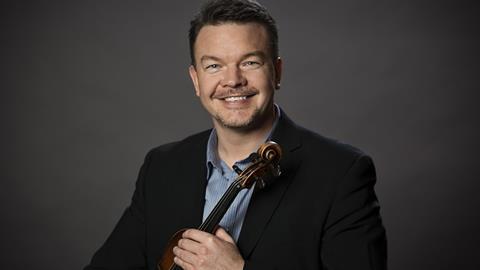 The ultimate challenge of touring as a member of an orchestra is balancing the fun of being in a different country with the responsibility of performing. The Cincinnati Symphony Orchestra embarks on our second tour of the year in August. We spent two-weeks in March in Asia, and we kick off our European tour in the UK before heading to Spain, the Netherlands, Belgium and France for a 2017 grand total of 17 concerts in 12 cities across seven countries. While we all love exploring and getting to know the countries and people for whom we’re performing, self-care remains the highest priority to maintain such a rigorous schedule.

The hardest part of touring is maintaining focus in concerts. During a concert you don’t want to be thinking, ‘I have to pack up right after this because we have to leave at 8am…’, but having a routine means you’re not worried about those kinds of logistics when you should be focused on the music. Musicians often struggle with simple things like getting enough rest - not only while actively traveling but also pre- and post-concert - when the schedule is so demanding without much downtime. When performing at home, we all implement our own personal routines before each concert that helps us mentally and physically prepare. When touring these routines can be interrupted for any number of reasons, but it’s important that every player to find a way to stay as consistent as possible so everyone is performing at their best.

For me it’s important to always travel with my instrument. While provided instrument trunks mean players don’t have to worry about transport, you don’t necessarily have immediate access to your instrument at all times. I prefer keeping my instrument with me so I can be in the hotel room and practise for a bit without having to worry about getting to the hall so early. Part of the routine also involves getting on stage a little early before each concert. Since each venue is different, the time on stage with your instrument before a sound check or performance has to be taken seriously. Including extra time for familiarising oneself with the surroundings is the most important part of maintaining a performance routine.

Simple details like making sure your technology functions in multiple countries makes travel much less stressful - not just cell coverage, but making sure you have the right currencies, adaptors, etc.

Rest and hydration are important for keeping our immunity up. We’re told not to trust tap water no matter where we go. It’s always a safer bet to drink bottled water. And it’s not just the grueling schedule that fuels disease; we spend so much time in tight quarters with each other - planes, busses, etc - so if someone does get sick it spreads quickly. Illness is a common enough occurrence on every tour that we always travel with a doctor!

We could be playing Brahms’ First Symphony in ten different venues over the course of a tour, but each performance will be unique. The distinct responses of each hall means that you’ll hear parts you may not have heard before. I imagine it’s the same for the conductor, who has a different perspective and can hear the immediate reaction of a hall to a piece, which can be very inspiring. Or the opposite! If the hall is notoriously dead or not friendly to certain sections, you work hard to correct for it. The important thing is approaching each concert and each hall with a fresh outlook. Again, it comes back to making sure you feel fresh and rested. Performing is exhausting enough, and when you add the rigors of travel, language barriers, jet lag, etc, having a routine means you can be alert and respond.

The Cincinnati Symphony Orchestra tours Europe and Asia this summer under music director Louis Langrée - including appearances at the Edinburgh International Festival on 25 August 2017 and at the BBC Proms in London on 27 August 2017. Both programmes include Aaron Copland’s Lincoln Portrait.