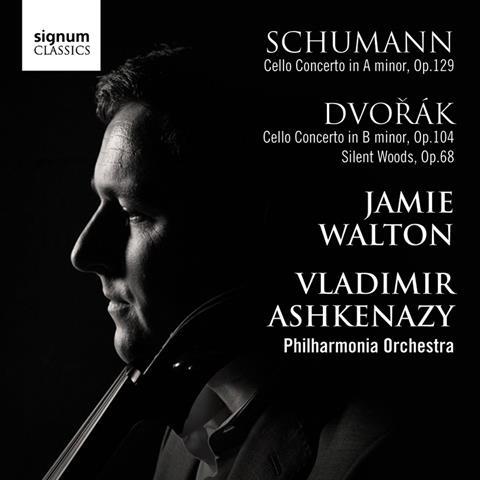 Schumann’s Cello Concerto is a notoriously difficult work to navigate, as the ebb and flow of the musical line can lack overall direction, which is to my mind the main reason why this performance is rather dull. It is a pity, as many of Jamie Walton’s individual phrases are eloquently lyrical and the technical components are accomplished. For example, the reflective melodious double-stops in the slow movement are expressively played, but there is little atmosphere in the projection, while the finale is pushed along like a racehorse in flight without knowing the course.

The Dvorák is a similarly mixed affair, the opening solo double-stops requiring far more presence and repeated phrases needing audible variation. Matters are not helped by a surprisingly lacklustre partnership with the Philharmonia Orchestra, most notably at the opening of the Adagio, where the woodwind is unblended. Walton is an instinctively lyrical player, but he is tempted in this movement to linger too long and too often for poetic effect. Figuration in the finale has a tendency to be rushed, which diminishes the clarity of the articulation and this aspect is not helped by a lack of definition in the lower registers in the recording. Overall this is a disappointing release.