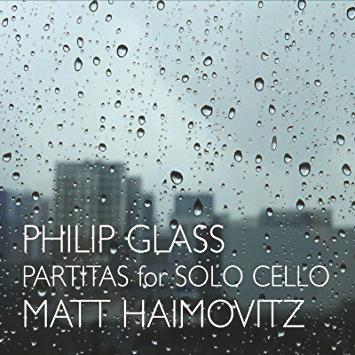 In the booklet note to this engaging release on his own label, Philip Glass acknowledges the early influence of Bach’s Solo Cello Suites on his own music. Indeed, Bach hovers in the background of Glass’s richly inventive First Partita (‘Songs and Poems’) and his more austere, mournful Second, here receiving its first recording. The Baroque composer’s influence is there in both works’ sometimes obsessive patterning; in Glass’s creation of multiple voices from a single line; even in frequent nods to dance forms. There are moments, too, that sound like classic Glass from the 1970s or 1980s – the scrubbing repetitions of the Second Partita’s second movement, for example, which steadily grow into thick, multi-stopped chords.

Elsewhere, however, Glass seems to drag in influences so varied – a bit of exotic, Eastern-sounding harmony here, some off-kilter Eastern European rhythms there – that he detracts from the music’s distinctive identity. Nevertheless, in American cellist Matt Haimovitz he has a committed champion, a player who tells the stories of Glass’s sometimes diffuse miniatures with unwavering clarity, and who indulges the Second Partita’s melancholy introspection with panache. Best and most immediate of the disc’s tracks, however, is a short solo-cello movement from Glass’s film score The Secret Agent, which Haimovitz delivers with a wonderfully gruff doggedness. Recorded sound is exemplary: clear, warm and not too close. DAVID KETTLE