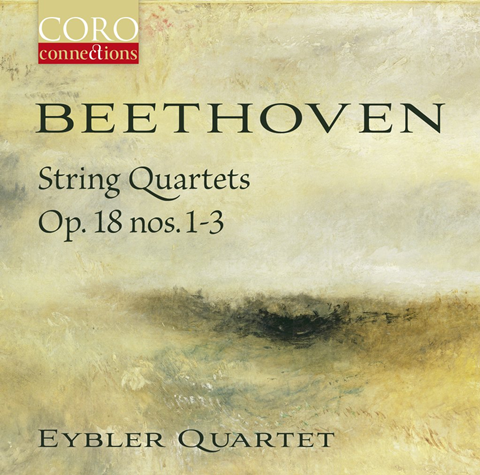 The Eybler Quartet launches its exploration of Beethoven’s op.18 quartets with a beguiling freshness, vitality and attention to textual detail. Most striking of all is the players’ adherence to a basic pulse that is free of espressivo nudges and cloying vibrato, and allows this trailblazing music to emerge with a chaste purity at the opposite end of the spectrum from, say, the Amadeus or Budapest Quartet interpretations.

As a result, the opening F major quartet’s propensity for running with short motifs over long distances feels strangely like a premonition of the ‘Rasumovsky’ Quartets. The D minor slow movement also flows with a naturalness and simplicity that make the furrowed-brow inflections of traditional readings feel overwrought.

Dynamics and articulation are handled with exquisite subtlety, too. Initially, some may find the resulting soundworld lacking in immediacy and emotional clout, but the up side is the delightful sensation in, for example, the G major ‘Komplimentierquartett’ of the music playfully subverting Classical norms rather than being stifled by late 19th-century rhetoric.

Beethoven concludes the D major Quartet (no.3) with a delightful, throwaway ending that follows several minutes of fizzing hyperactivity – a thought-provoking metaphor for ‘less is more’, which could equally well apply to these captivating, naturally recorded and balanced performances.