The multiple editions of a piece can confuse a musician. Should we always work from an urtext edition in an attempt to access the composer’s most authentic voice? Or can edited versions with interpretative markings be helpful? Cellist Pedro de Alcantara guides us through this minefield

Look at the autograph score by Bach in figure 1. It shows the first movement of his Solo Violin Sonata in G minor BWV1001. Apart from what’s in the score, the simple fact that we have physical evidence of a life lived three centuries ago is amazing. As it happens, the life in question was unfathomably great. To look at a page from a Bach autograph is to witness the phenomenon of immortality. Your job as a player is to take that page and translate it into gestures and sounds – intervals, fingerings, bow strokes. Whether you’re on stage or in your practice room, you’ll become an agent of Bach’s immortality, and by extension an agent of immortality itself. It’s a big responsibility. 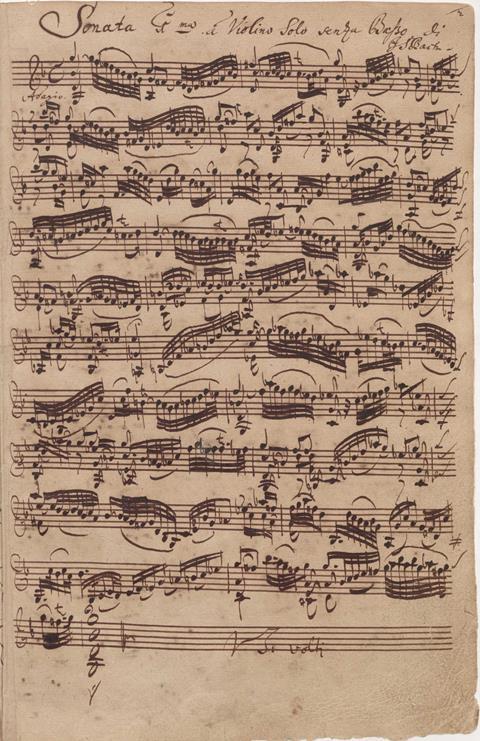 Interpretation, execution, style and technique all flow from how you ‘talk’ to a score. This is determined in part by the type of score you use. To give an example, you can read Bach’s Violin Sonatas and Partitas from a facsimile of the autograph, from an urtext edition that aims to reproduce the autograph faithfully in modern notation, or from a performers’ edition with bowings, fingerings and interpretative markings, from a paper edition or from a PDF you read on a computer. The display of information influences your reaction to it; a composition looks and feels different according to how it’s laid out.

There are no known autographs of Bach’s Cello Suites, but a manuscript in his wife’s hand has survived and become a go-to source. The beginning of Suite no.1 as written out by Anna Magdalena Bach is shown in figure 2.

From an autograph to an interpretative edition there are many possible intermediate steps. I took Anna Magdalena’s handiwork and tried, as best I could, to rewrite it in modern style without changing anything. I ran into problems right away, particularly as regards slurs. Looking at the autograph, I couldn’t be absolutely sure where exactly the slurs fell, and how many pitches they encompassed. Also, there seemed to be a pattern to the slurs, except that within the first three lines, slurs were missing in two spots where I expected them to be (bars 3 and 8).

I created an approximation, partly based on educated guesses, partly following some of the musicologists and music printers who preceded me in their effort to ‘translate’ the autograph. My modern score looks streamlined and clean, though a bit bare (figure 3). 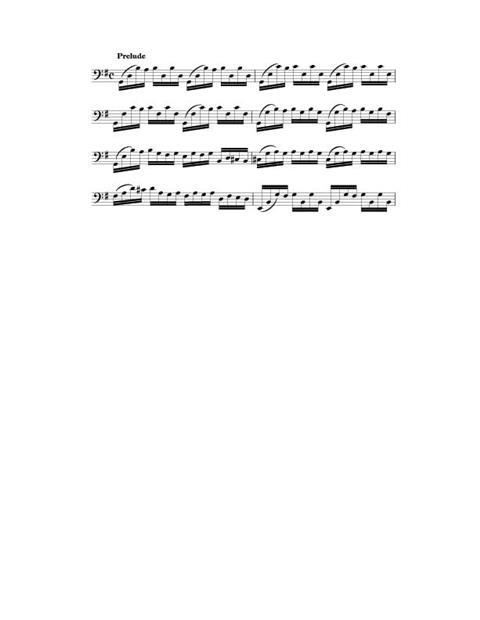 Bach and me: Thomas Demenga on the Cello Suites

Then I began tweaking my newly created modern score – that is, I started interpreting and editing it. I added bar numbers, and also – somewhat arbitrarily, and pretentiously – added an accent to the ‘e’ of Prélude (since that’s how the French spell the word). Audaciously, I was correcting Bach’s wife! I added the slurs corresponding to the symmetrical pattern, having made the assumption that Anna Magdalena overlooked or neglected the pattern, or chose to abbreviate things on purpose in the knowledge that performers such as myself would complete the pattern anyway. I added a couple of fingerings, which entail changes of position, thus creating a little bit of a ‘phrasing’ event (figure 4). Although my additions are fairly innocuous, they do change the original, and they do bring a subjective dimension to the work of reading the score. 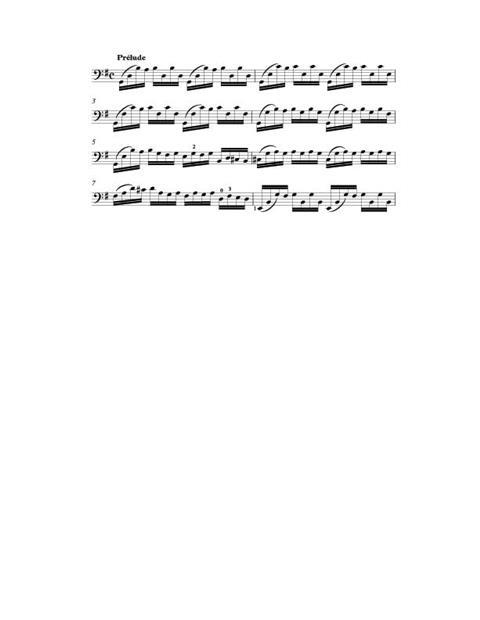 How far would you take your transformative reading? Let’s look at an edition that went much further than mine: the performing edition created around 1911 by the German cellist Hugo Becker (1863–1941), who as it happens was the cello teacher of my own first cello teacher in Brazil, Cecilia Zwarg, and is therefore one of my forefathers, so to speak (figure 5). Becker’s interpretation transforms the autograph deeply. There’s almost as much Becker on the page as there is Bach. However, his edition is by no means exceptional. Plenty of similar editions have been published and circulated, and in fact Becker’s edition is still available to buy today. Great cellists have performed and recorded Bach’s Cello Suites in interpretations akin to Becker’s. The French cellist Pierre Fournier, for instance, recorded the suites in 1960 using similar articulations and dynamics. Musicological dictates aside, Fournier’s playing is magnificent. 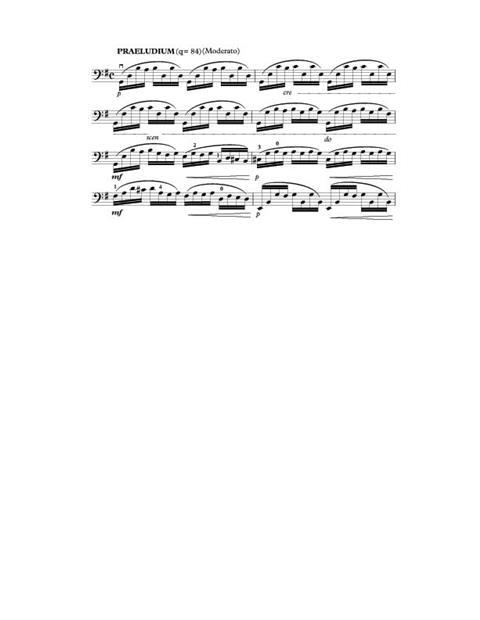 Our minds can be tyrants, often without our noticing it. Some typical tyrannical commands are, ‘I can’t!’ ‘I shouldn’t!’ ‘Always!’ ‘Never!’ ‘Serious musicians always work from urtext editions.’ A tyrannical command implies judgement and punishment: ‘Always, or else!’ Freedom, both artistic and personal, comes from the ability to make choices. When I use an urtext edition, I gladly bow to the objective musical text. When I hear Fournier play non-urtext Bach, I gladly bow to the subjective musical performance. ‘Always’ and ‘never’ don’t have to enter the dialogue.

Mozart imagined divine sounds and structures, and in writing them down he immediately transformed them into strokes of pen on paper. However, even Mozart’s handiwork entails somewhat of a compromise, his autograph capturing only certain dimensions of the masterpiece he imagined – not all its dimensions. What Mozart (below) chose to include in his autograph or exclude from it is, to some degree, limited.

A team of musicians, musicologists and printers ponder Mozart’s autograph score. They pick multiple fights regarding the interpretation of his handwriting – for instance, they debate whether the articulation marks he wrote down above certain notes are dots or wedges. Aiming to keep subjectivity to a minimum, they eventually arrive at some sort of compromise: a modern reading of Mozart’s masterpiece that tries to adhere as closely as possible to the autograph. We call it the urtext, using the prefix, ‘ur’, which originates in the German language and means original, earliest, or primitive.

More informally, most people tend to think of an urtext as being pure, unpolluted and natural. The autograph of Mozart’s Violin Concerto in A major K219 is like water: pure, unpolluted, natural, but the modern urtext edition lightly filters this water, making it a bit less natural. Performers’ editions, on the other hand, are more like tea, coffee or whisky: a liquid that’s different from water, with a stronger taste and a different effect upon thirst.

Joseph Joachim (1831–1907) created a famous edition of Mozart’s concerto. First published in 1905, it adds dynamic markings, bowings, fingerings, slurs and tempo markings, and has the occasional change to note lengths as well as Joachim’s own cadenzas. When Mozart and Joachim appear together on the same page, as in figure 6, it is immediately evident which stave comes from the composer’s autograph and which shows Joachim’s subjective reading. 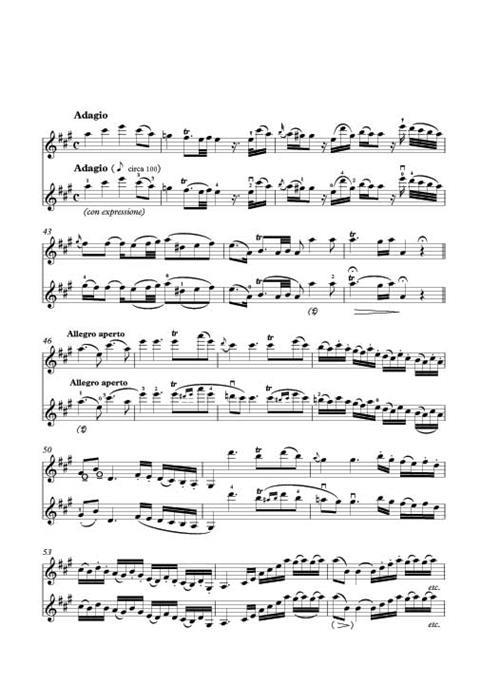 Was it wrong of Joachim to create his performing edition of Mozart’s concerto? Would it be wrong if you followed Joachim’s markings? Not at all. My argument is that our experiences tend to be filtered, and yet we can choose how they’re filtered, over how many layers, and with what kinds of filters.

Let’s establish a distinction between interpretation and execution. These terms can be defined in various ways, but for our purposes we’ll say that interpretation is the art of looking at the score and deciding how you think and feel about it; and execution is the art of making your thoughts and feelings visible and  audible to the public. Joachim left us a snapshot of how he thought and felt about Mozart. If you use his edition, you’ll have to find out how you think and feel about both Mozart and Joachim. Then you’ll execute your vision of Joachim’s vision of Mozart. This has both positive and negative potential. On the one hand, you could become quite a well-informed and adaptable interpreter. It’s useful to know who Joachim was and what roles he played in the history of classical music. On the other hand, you risk being somewhat removed from Mozart, because you’d be looking at him through Joachim’s filter.

Mozart’s music, the embodiment of the Classical style, tends to imitate a kind of speech pattern, full of humour and rhetorical flourishes. Joachim’s aesthetics, the embodiment of the Romantic style, tend to favour long sung lines and legato sostenuto. In other words, Joachim overlaid a Classical text with a Romantic sensibility. We can consider this an egregious error, or simply a choice that a fine musician made according to his background, his experiences and his temperament. Joachim was born four decades after Mozart’s death; his world wasn’t the same as Mozart’s. And he died in 1907, late enough to have known electricity and recording techniques – things that Mozart couldn’t have imagined. It’s possible to hear Joachim playing Bach and Brahms on YouTube – and it’s a delight!

Besides bowings, articulations and slurs, Joachim’s edition is full of fingerings. These, too, represent a subjective choice. Big hand, small hand; flexible hand, stiff hand; long pinky, short pinky: anatomy alone determines some of our fingerings. What if Joachim’s hand is totally different from yours? Using his fingerings could potentially hurt you, just as they could potentially enlighten you. It’ll depend on how you practise and perform them.

• Do you favour open strings, or do you prefer playing stopped strings?

• Do you enjoy using extensions, or do you prefer avoiding them? 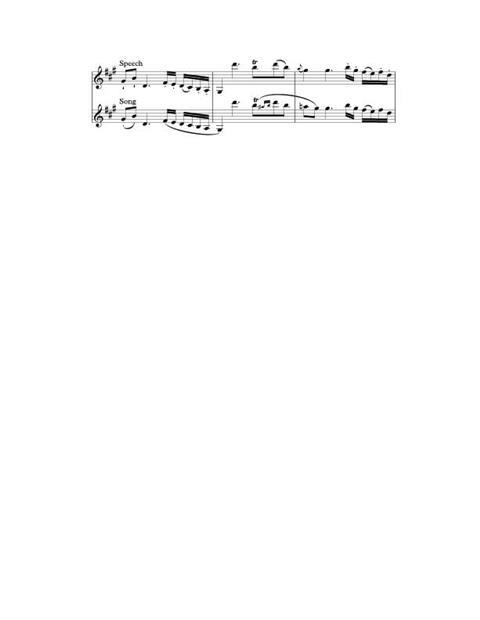 The various fingerings in figure 7 illustrate some of the aforementioned binary questions. Speaking for myself, I love open strings and generally avoid extensions. My fingerings, then, are both an aesthetic statement (‘open strings are beautiful’) and a physical preference (‘non-extended hands are more comfortable’). This is true of all fingerings: inevitably, they are both musical and physical in nature.

Until you become confident in making fingering choices and other interpretative decisions that suit your personality, you can accept help, so to speak, from figures such as Joachim, Becker, Fournier, Navarra and Rostropovich, as well as from your teachers and colleagues. The development of interpretative skills is gradual and constant, as is the development of technical know-how. It’s a personal journey that varies a lot from musician to musician. For some players, it’s imperative to work from autograph scores and urtext editions, because it deepens the creative exploration, allowing and requiring the players to build their own interpretations. For others, performers’ editions with bowings, fingerings and other markings are helpful, like travel guidebooks that pick itineraries and hotels for you. What kind of musical traveller are you? You have to find out for yourself.