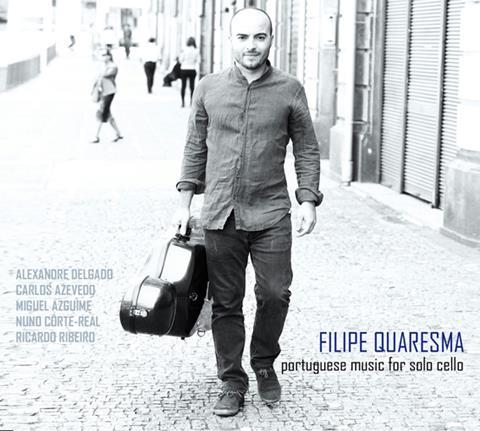 The young Portuguese cellist Filipe Quaresma has feet in both the period-performance and contemporary music worlds, something that’s immediately evident in his precise, superbly articulated playing, full of passion yet often quite thoughtful, on this fine survey of five recent Portuguese pieces for solo cello. The music itself is a bit of a mixed bag but Quaresma is a committed and highly persuasive player throughout.

Alexandre Delgado’s Antagonia makes a brooding opener and showcases Quaresma’s beautifully rounded, rich tone, as well as the disc’s close, resonant recorded sound, to superb effect. He’s silky-smooth in the work’s pensive epilogue and has immaculate control of dying phrases and sculpted harmonics. Carlos Azevedo’s Labirintho and Nuno Côrte-Real’s Bicicleta do poeta are both lyrical if rather anonymous but Quaresma delivers them with panache and a sense of gentle flow.

He’s full of volatile energy in Miguel Azguime’s declamatory Moment Á  l’extrêmement…, which accompanies the live soloist with real-time electronic spectral analysis of his sounds – it’s sonically beguiling yet ultimately rather frustrating in its succession of seemingly unrelated ideas. Ricardo Ribeiro also uses live electronic sound transformation, to more powerful effect, in his multilayered Ostinati, and Quaresma is gripping in his vivid delivery of the work’s sharply etched ideas and remarkably agile in responding to the work’s switchback changes of texture. It’s a fascinating collection of pieces, bound together by Quaresma’s incisive intellect and natural sense of drama.