Exercises and advice to help build musical awareness and understanding 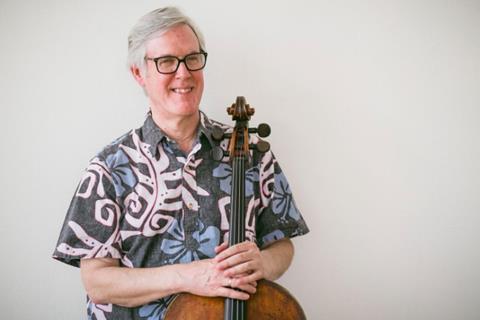 Music is a universal language that we use to communicate with others through sound. It allows us to be expressive without knowing any words at all. But what does it mean to be ‘musical’? To me, a musical person is someone with a need and a drive to express emotions, moods and drama through musical sound, using nuances of dynamic, pitch and pace. A musical person does not see music simply as notes written on a page: instead it is something internalised and felt. Some people believe that you either have this ability or you don’t. My teacher, János Starker, disagreed: he said that it was possible for anyone to play musically, if they learnt to break music down into meaningful units and manipulate their sound. Once you can do that, you will start to find meaning in the music, so that you sound more musical when you play.

Musical units are the ‘words’ and ‘phrases’ that become the story of any piece. They could be sighs of two notes, or gestures of three or four notes, and often they have their origins in language. French music tends to have an iambic foot: je pense, je peux; English and German music has an emphasis of weak, strong, weak: I can do that. Once you have identified these units, you can use them to guide your musical emphases when you play, just as you use inflection in a sentence. To help with this:

Another useful exercise is to read a piece of poetry dramatically. Try this verse from Dylan Thomas’s A Grief Ago, slowly, eliding syllables, turning words into shapes and sounds that don’t have a verbal meaning so much as a musical feel:

She who was who I hold, the fats and flower,

A stem cementing, wrestled up the tower,

Or, masted venus, through the paddler’s bowl

Sailed up the sun

Once you can hear words as abstract shapes and cadences, it’s easier to turn notes into music.

All notes are not created equal. Even a scale, which many players think of as drudgery, becomes meaningful and interesting if you take the notes and shape them, like wet clay on a potter’s wheel.

Next, experiment with any two- or three-octave scale or arpeggio (exercise 1). You can make up your own exercises too:

This should be a playful, pleasurable exercise, where there is no right or wrong. Simply manipulate your sound, just as you might if you were singing in the shower without anyone listening to you.

Change the character of your sound by altering the balance of bow weight, bow speed and contact point. For a bolder sound, move closer to the bridge, slow the bow and use more weight; for a more tender and delicate sound, move away from the bridge, with less weight and more speed. You can try the following ideas on any scale, etude or piece, to practise creating different sounds, moods, inflections and tones of voice:

Play a game of ‘Who am I?’ with friends. Exaggerate every sound you want to bring across, until it feels ridiculous, to get away from what is written on the page and to help you play more musically.

Rhythm is another important element of musicality. Finding ways to physicalise the music will help you to build your sense of musical timing and play more accurately too:

To play a piece musically, it is always useful to know where and when it was written. Composers’ Houses, by Gérard Gefen, describes what composers could see as they wrote; knowing a composition’s historical context will help you to capture its character.

There are many tricks you can use to build musicality in your playing. Try example 1 ‘in French’, with a stronger up-beat and weaker down-beat; then in ‘German’, with the opposite emphasis. Finally, think about how this concerto, written in overcast, rainy England in 1919, was influenced by the tragedy, pain and loss of World War I. How can you portray that in your sound?

Adding syllables to a musical phrase can help you to find musical units (example 2). To highlight those speech-like shapes, add hairpins to show where the line tapers and develops, as shown in example 3. Here you can use the music’s anapaestic foot to help you find a joyful swing. Dramatic counting is also important, particularly in pieces that contain syncopation, dotted notes and rests (example 4). In all repertoire, look for different characters and think about how you are going to portray them through your playing, within the overall structure of the piece. Here, aim for heroism in example 5, and sadness in example 6.

It is important always to practise musically, rather than to save your musicality for performance: muscles work differently when you play mechanically, and often the fingerings that you choose to go with in a musical moment will be influenced by how you hear and phrase. Try to find a voice-like timbre on your cello, always moving in a natural way and thinking about how to shape your sound. When you are practising how to bring different characters across in your playing, record yourself, watch yourself in a mirror, and teach yourself how to play each one. Work with a practice buddy, to find out if they hear what you are trying to do.

Learning to play musically can begin at a very early age. If you teach children, instead of letting them play ‘Mis-sis-sip-pi hot-dog’ with the same emphasis on every note, ask them to try ‘Mis-sis-sip-pi hot -dog’, to help them transform the line into a musical phrase.

Older students who are feeling inhibited are more likely to open up and play musically if they are having fun. Get them to put down the instrument, stand up and move around the room; sing with them, ask them to play and sing at the same time; make up words to go with the music, thinking about destination notes and inflection. Help them to feel a physical connection with the sound, even if it’s just by getting them to rock gently, flex their lumbar curve, conduct, or ‘march’ their feet from their chair. Of course, every student learns differently: some are visual, others tactile or verbal. Sometimes a student might not be able to make any sense of what you’re saying, until they find a way to put it into their own language. If that happens, don’t try to pull them back into your world: let them go into the world that works for them.