Pavle Vujcic, concertmaster of the Dominican National Symphony for over 30 years, dies aged 64

Serbian by birth, the violinist made new home in Santo Domingo in 1983 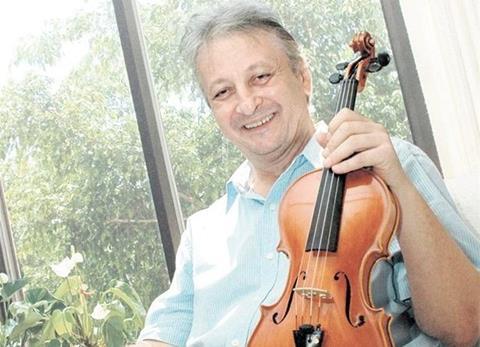 Pavle Vujcic, who died on 28 July, was born in Belgrade in the former Yugoslavia in 1953. Growing up in a nearby village, he first became fascinated by the violin as a child seeing Gypsy musicians at local country festivals. He studied at the Academy of Fine Arts in Belgrade and joined the Belgrade Philharmonic Orchestra in 1972.

In 1983 the Dominican National Symphony Orchestra (Orquesta Sinfónica Nacional, OSR) sent representatives to Europe to scout for young professionals to strengthen its ensemble, and Vujcic joined on an initial two-year contract.

By 1985 he was concertmaster and went on to also become a professor at the National Conservatory of Music, adopting Santo Domingo as his home while his own nation was breaking up. ‘From my country, the only thing left for me is my surname,’ he said in 2008 in an interview with the Listín Diario newspaper, which gave him the compliment of describing him as an ‘aplatanado’, one who is accepted as native, literally become like plantain.

‘Symphonic music has lost a great musician and human being, who made this land his own,’ commented Dominican minister of culture Pedro Vergés, while OSR director José Antonio Molina said: ‘It is unusual to find a concertmaster as complete as Pavle was, who had a great gift of command and high expectations, but always with a sweet and kind temperament.’

Pavle Vujcic is buried at the Puerta del Cielo cemetery in Santo Domingo.