The Dutch cellist, whose 1979 recording of the Bach Suites on gut strings was hugely influential, has died at 85 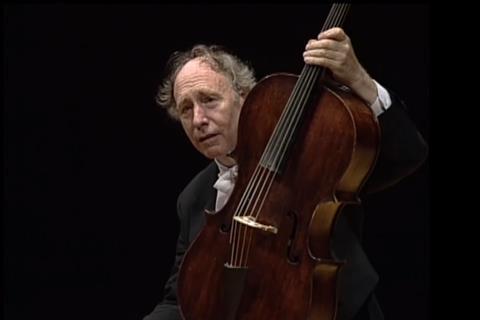 Bylsma with his five-string Baroque cello

In a long and varied career it is fair to say that Bach loomed large, in performance, writing and through two very different recordings of the Cello Suites made in 1979 and 1992. The first proved hugely influential on a generation of cellists as well as the period instrument performance movement in general, via his pre-eminence in the Dutch Baroque School alongside Gustav Leonhard, Frans Brüggen and other pioneers.

The second recording was made on Stradivari’s last large-form cello (and one of only three surviving uncut), the ‘Servais’, and on a five-string violoncello piccolo for the sixth suite, reflecting scholarship in the intervening years.

‘Three hundred years of opinions of lesser men – always lesser men that Bach – have made it impossible to read what it says in the wonderfully clear quill-pen texts, of which we all have copies,’ he wrote.

His obsession, alongside close study of the score, was counterpoint, believing that too many players squashed the music into a single line. With gut strings he found a subtlety in articulation which solved the problem of playing polyphonic music on an essentially monophonic instrument.

Of Casals’s totemic influence on how Bach was performed he coyly noted that: ‘Any great personality can ruin the suites for you if you have no personality of your own. But that is not his fault.’

Anner Bylsma, born Anne Bijlsma in 1934, was first taught by his musician father, going on to attend the Royal Conservatory of The Hague, winning its Prix d’excellence in 1957 and the 1959 Casals Competition in Mexico.

‘My father was my first teacher and the best I had,’ he said in a short documentary directed by his daughter Carine Bijlsma to mark his 80th birthday in 2014 (see below). ‘I learned so much from him especially on the essence of music. Because the essence of music is not playing everything very well. The essence is understanding what the music is about.’

Bylsma became principal cello for the Dutch National Opera orchestra followed by a six-year stint as principal of the Concertgebouw Orchestra (1962 to 1968) before quitting to pursue his solo and chamber music interests. 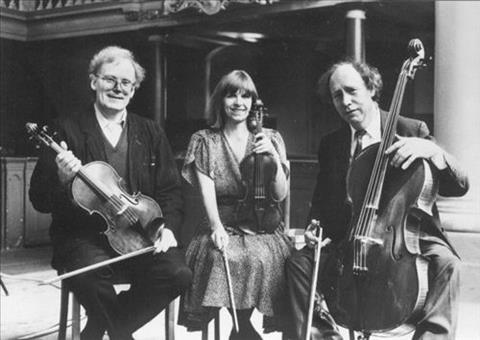 Bylsma, right, with the core of L’Archibudelli

With his wife, violinist Vera Beths, and violist Jürgen Kussmaul, he set up a flexible string ensemble, L’Archibudelli – the name being a portmanteau of bow and guts – which made a number of recordings of Classical and Romantic repertoire on period instruments.

Bylsma retired from performance in 2006, naturally choosing Bach for his final public recital during the first Amsterdam Cello Biennale. He maintained contact with the cello world through masterclasses and teaching, and was a regular fixture at the Biennale, which named its award after him.

Among those to note Bylsma’s passing on social media are Steven Isserlis, who wrote: ‘Anner Bylsma was a wonder – soaringly imaginative , utterly original and a witty, kind, completely lovable man. He will be so much missed.’

Gautier Capuçon praised ’a great cellist and extraordinary musician and artist’ whose ‘Bach suites will always be a reference and source of inspiration for all of us’.

Jan Vogler noted ‘He inspired many to explore Bach’s music on gut strings. His imaginative and vital playing will not be forgotten.’