Mynstrelles with Straunge Sounds: Music by Encina, Josquin, Martini and others 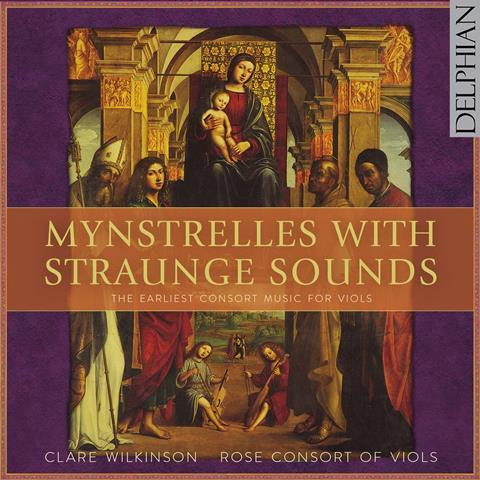 This recording takes us right back to the earliest days of the 16th century, when the viol consort had just become the latest musical craze to spread across Europe. The Italian altarpiece of 1497 on the disc’s cover shows two young musicians playing viols of remarkable shallowness. These have been used as models for the four instruments played here, made by Roger Rose and students at West Dean College, Sussex. Their sound is certainly not as full as some but there is a fineness and definition to it that suits the music and brings out the intricate inner parts.

Purely instrumental pieces, many of them anonymous, are interspersed with others in which the fresh and unaffected voice of Clare Wilkinson takes the treble line, singing texts which either appear in the original manuscripts or are suggested by the works’ titles. These range from Josquin’s In te Domine speravi, beautifully poised and perfectly proportioned, to the scandalously gossipy Fata la parte from the Spanish court, with its flighty changes of metre.

The works’ construction is too complex to be immediately obvious to the listener – but what you do hear, thanks to the crisp and atmospheric recorded sound, is music of a restrained and haunting grace; an intimate dialogue between the instruments, adroitly performed.