In focus: the 1696 Stradivari 'Archinto' viola 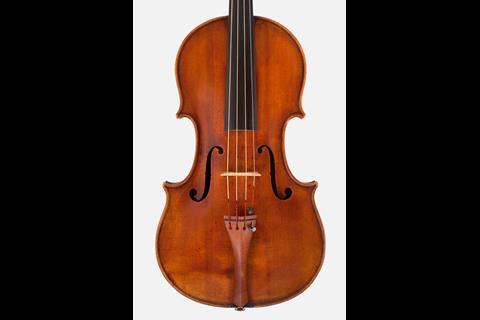 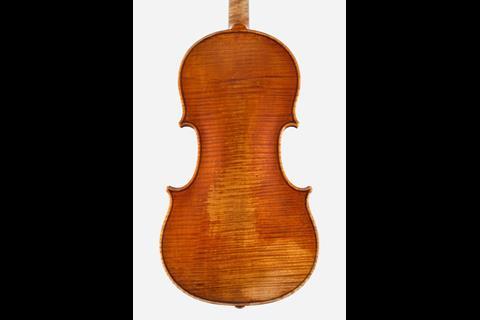 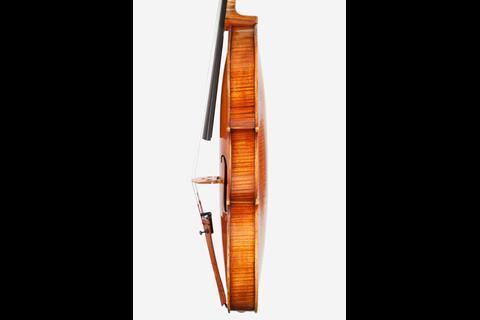 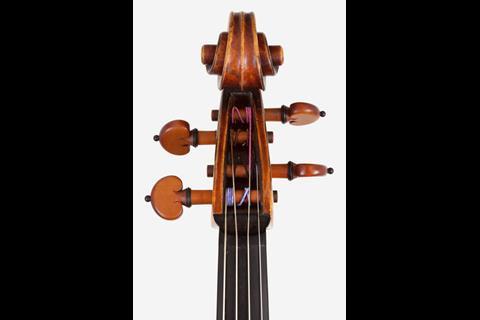 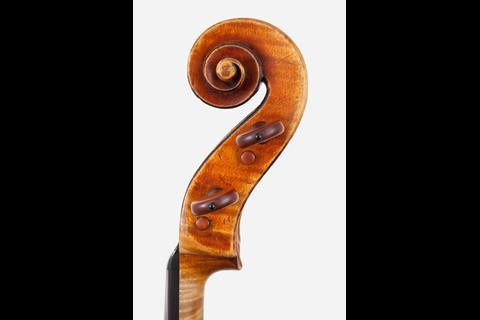 The 1696 Stradivari ‘Archinto’ viola is one of the most beautiful instruments in the world. It was made at a very felicitous time, just as the great master’s red varnish was reaching perfection and his designs — encapsulated in the gorgeous long pattern violins — were at their most elegant. The Golden Period of the following few decades is exemplified by a slightly heavier approach which (though it suits the violins well) is less effective on the larger instrument.

The ‘Archinto’ viola has been well documented. It features in David Rattray’s catalogue of the Royal Academy of Music Collection to which it belongs, and in Charles Beare’s beautiful Stradivari volume, as well as in the Hill Brothers’ book. It would be difficult to leave the ‘Archinto’ out of any reasonable survey of Stradivari’s work, so its history needs only the briefest précis. Its first one hundred years are unaccounted for. The first known record of the instrument is its sale in about 1800 by Count Carlo Gambara of Brescia, whose ancestors may perhaps have obtained it from Stradivari himself.

The buyer was Count Giuseppe Archinto of Milan, who assembled a quartet of Strads including the ‘Archinto’ cello of 1689 and violins of 1721 and 1696. Count Archinto was the dedicatee of some of Alessandro Rolla’s duets for violin and viola, which may well have been played on these instruments. While in Archinto’s possession the viola was seen by another Count — Cozio di Salabue, the great collector and expert — and noted in his diaries.

The entire quartet was sold in about 1860 to Vuillaume for FF15,000, according to the Hills. The viola then made its way to England having been purchased by John Rutson, an amateur musician and later a director of the Royal Academy of Music (RAM) in London. In 1890, 16 years before his death at the age of 77, Rutson bequeathed the viola — along with three other Strads, three Amati instruments and three lesser Italians — to the RAM, forming the basis for a wonderful collection of instruments for the use of staff and students.

In 1696 Stradivari had a remarkable year creating two great contralto violas (the other is the inlaid Spanish instrument) out of only ten or so which have survived from his life’s work. It is unfortunate that the violas as a group come in for criticism from players, who are often suspicious of the Stradivari model applied to the instrument and who usually prefer the darker sound of the Brescian pattern.

The tone is archetypal Stradivari; clear and pure across all the strings, with a quick response and good articulation. In the hands of a great player it provides a wide range of tone colour. In contrast to the typically Brescian sound, it is more violin-like in quality and reveals a slight lack of potency in the lowest string.

The earliest known Stradivari viola is the ‘Mahler’ of 1672, an early date for the small viola form. Until then the vast majority of instruments were made on the large tenor pattern, with a back length of more than 17”. This is not to say that Stradivari invented the contralto size. Instruments by Gasparo da Salö, Maggini, the Brothers Amati and Stainer already existed. Stradivari’s contribution was to give to the instrument the same degree of poise and balance he gave the violin and, later, the smaller cello form.

In rejecting the high arch his predecessors had used in favour of the flatter, more powerful-sounding vaulting he adopted in his violins, Stradivari altered the whole character of the sound. Body length itself is not necessarily so critical to tone production as the arch; witness any number of Brescian violas which have been cut down to more manageable size yet retain a wonderful sound. The height and form of the arch is little altered in the process. The difference of the slim yet strong Stradivari arch with its flat curves is immediately apparent.

In addition, the older Brescian instruments had a very short stop with the f holes set high up on the front, giving a very short string length in proportion to the back length. Stradivari gave the viola similar proportions to his violins, making a much longer stop and therefore a longer string — another crucial factor in determining the character of the sound and the playability of the instrument. Although Stradivari’s first viola model, the ‘Mahler’, has a slightly shorter stop, the proportions of the ‘Archinto’, with a 218mm stop length, established the ideal for the viola in general, just as his ‘B’ form was to do for the cello.

The arching of the ‘Archinto’ is in fact slightly high by Stradivari’s own standards, a point emphasised by the lowness of the ribs. Count Cozio made a particular point of the low ribs in his notes and thought the instrument was not capable of producing a good sound as a result. When the viola was opened recently, it was clear that the upper linings were considerably lower than the bottom set. It is fairly certain that the ribs were not actually made to this height by Stradivari, but were planed down within the first hundred years of the instrument’s life. Such impatient tampering was not uncommon.

The wood is of the most wonderful quality. The one-piece back is stunning, with a deep, rippling figure running its full width and interrupted only with the beginnings of a small knot in the middle of the upper bouts, which can also be seen in the back of the 1698 ‘Baron Knoop’ violin — it must have been cut from the same log.

The ribs are cut from different wood with an even tighter flame, unbroken round the entire rib garland. The lower ribs are formed characteristically from one single length. The scroll wood is typically of plainer material. The wood of the front is extremely fine-grained, a characteristic of many of the fronts Stradivari used in this period. It is of near-perfect quality, with only the slightest waver around the treble soundhole.

The dark stripes, which seem to denote the meeting of the heartwood and sapwood in the tree, run through both soundholes. Violists often seem surprised to meet this quality of wood in a viola, often preferring the broader grain usually seen in Brescian instruments. Indeed, there may be some influence on the tone, perhaps contributing to the brighter, more violin-like quality.

The varnish is the crowning glory of this instrument. The top is almost completely covered in this liquid coppery red substance, which seems to contain within it half the colours of the rainbow. Trying to pin down its actual colour is beyond me; it changes with the hour of the day and the season and always manages to betray my own recollection whenever I see it.

Nevertheless, some experts consider that it has paled slightly within living memory, a possibility backed up by the small pools of intense red colour still lurking in the shaded nooks and crannies of the ribs and edge. Certainly, the viola has not escaped the effects of the polish rag and an artificial glaze covers the instrument like clingfilm.

On the back, the varnish lies mysteriously on the wood and even slightly in it, snagged in the upper pores of the wood, yet chipped away from it in the distinctive manner of old Cremonese varnish. There seems little or no clear isolating varnish between the colour and the wood. Where the varnish comes away from the surface the colour is as intense at the edge of the worn area as it is in its broad undamaged swathes.

The exposed wood has the unique cinnamon colour that reflects through the coloured varnish, deepening and enhancing it. Charles Reade, in his famous tracts on Cremona fiddles, suggests that this particular type of wear pattern occurs because a hard spirit varnish, which contains the colour, is applied over a soft oil ground coat to which it did not adhere and so chips and flakes. I think the explanation is the opposite; the coloured layer is a very soft oil concoction vulnerable to wear in the early years of its prolonged drying period. Soft semi-dried oil varnish readily peels away in exactly this pattern. Even when rubbed it will rather roll up like a carpet than wear down through its thickness.

Yet whatever the explanation, this viola bears the most beautiful covering of the greatest varnish anyone has ever concocted. It is a delight to the eye as well as to the ear.