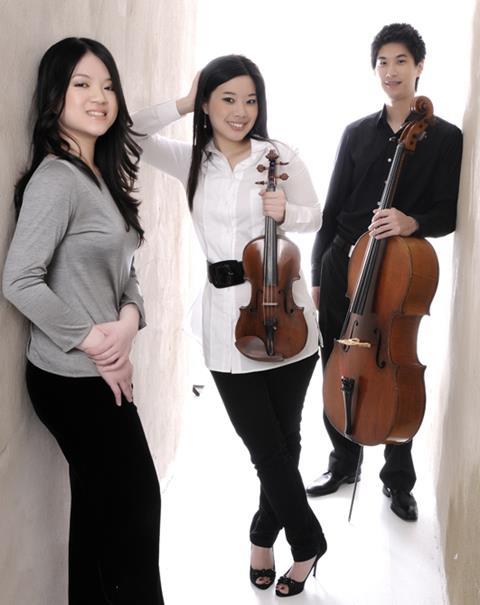 The Fournier Trio has won the 2013 Parkhouse Award in London. The award, given every two years, is for chamber ensembles of piano and strings whose members have been performing together for at least two years. The prize for the winning ensemble includes three concerts in major London venues.

The London-based Fournier Trio (pictured) was formed in 2009 and comprises South Korean violinist Sulki Yu, 27, Australian cellist Pei-Jee Ng, 28, and British–Taiwanese pianist Chiao-Ying Chang, 31. The trio won second prize and the audience prize at the Trondheim International Chamber Music Competition in 2011. Since then the group has toured in the UK and Europe, and this year the trio will tour Asia with concerts in Singapore, Hong Kong and Australia.

Previous winners of the Parkhouse Award include the Fauré and Notos quartets, and the duo of violist Nils Mönkemeyer and pianist Nicholas Rimmer.