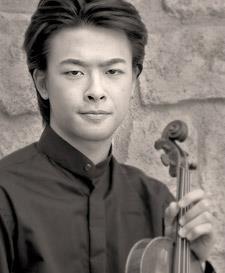 The 20-year-old Goko (pictured), who studies with Pavel Vernikov at the Vienna Conservatoire, received CHF15,000 (£10,400) for his first prize. He also won the audience prize and the prize for the best interpretation of the compulsory contemporary work – Shèxi by Chinese composer Guo Wenjing.