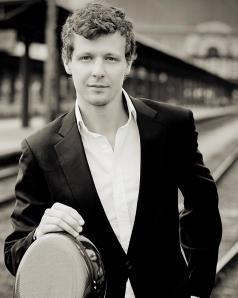 The winners of this year’s ARD International Music Competition in Munich have been announced, with the top cello prize going to 28-year-old Hungarian István Várdai (pictured). The annual competition, run by Germany’s Bayerischer Rundfunk, is conducted in different categories each year – 2014 was dedicated to cello, piano, percussion and wind quintet, but first prizes were only awarded in the percussion (to Italian Simone Rubino) and cello classes.

A total of 312 musicians and ensembles from 37 countries participated in this year's ARD competition. The 2015 iteration is conducted in vocal, flute, trombone and piano categories, while 2016’s competition will feature double bass, harp, horn and string quartet divisions.