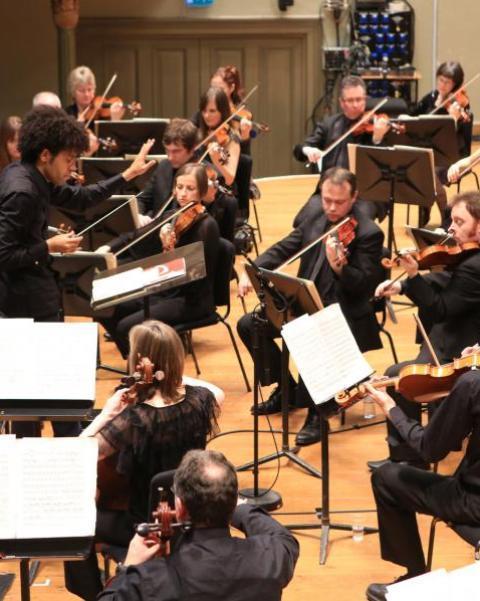 The short-term future of the Ulster Orchestra has been secured as a result of emergency funding from the Northern Ireland executive. As part of the January monitoring round, when money is reallocated between departments, the government has reportedly granted enough to help the cash-strapped ensemble through the next few months. According to reports, there are further plans to allocate funding on a five-year basis with assistance from the UK Treasury, and also from Stormont's finance and culture departments.

In October 2014 the orchestra stated that it could be forced to close, having lost 28 per cent of its public funding over the past four years. It issued an appeal for emergency financial assistance to Belfast City Council, as well as free use of the city’s Ulster Hall for the next five years, which would save £160,000 per annum. In November the Council pledged a conditional £100,000, if additional funding can be raised from other sources ‘and also on assurances as to how the Ulster Orchestra will address its forecasted shortfall of £850k next year’. In the same month, the orchestra presented a petition of almost 14,000 signatures to arts minister Carál Ní Chuilín.