I’ve been studying at Codarts for three and a half years. My teacher back in Argentina knew some of the faculty here and suggested I apply to study with them. So I was first attracted to the school by the reputation of the teachers, but my time here has introduced me to lots of other things, too. 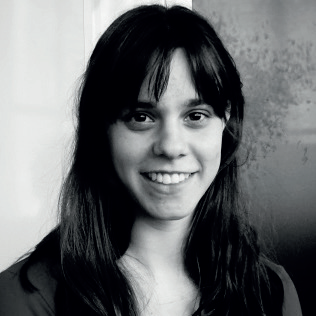 Codarts is not only for classical musicians – there are people here studying theatre, dance and circus performance, as well as jazz and pop music. This gives the place a very interdisciplinary feel, which I think is really exciting. Just last week, for example, I was one of a number of musicians who worked with some of the theatre students to collaborate on a performance that responded to the unfolding refugee crisis. It took place at an external venue, and was filmed for those who couldn’t be there because of the pandemic.

Even though the standard at the school is very high, the atmosphere here is supportive, not competitive, and Rotterdam is a great place to live. It’s neither too big nor too small, the architecture is modern and interesting, and the city is home to a big international community. Housing isn’t always easy to find, but it’s certainly cheaper here than in places like Amsterdam.

I usually cycle to school early in the morning to get some practice in before my violin lesson or theory classes in the afternoon. After that, there are usually chamber or orchestral rehearsals, but if I’m free I’ll go to a concert or just have a beer with some friends. Everything that’s going on at the moment makes it difficult to plan for the future, but my dream is to play in the orchestra of the Teatro Colón in Buenos Aires. But whatever I do, I know I want to keep playing!