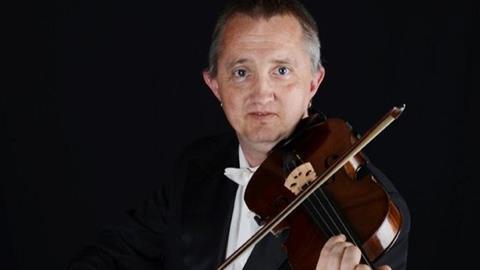 Paul Leggett, a long-time violist with the Royal Melbourne Philharmonic, has died while swimming in Australia's Northern Territory.

The 48-year-old violin and viola teacher was swimming with a school group at Ellery Creek Big Hole, west of Alice Springs, last week 'when he appeared to develop a cramp' and disappeared beneath the water, according to ABC News. His body was recovered the following day.

Leggett was an active teacher in New South Wales and South Australia before moving to the Northern Territory, and had taught at Centralian Senior Secondary College since May.

He was a former associate principal violist with the Melbourne Opera orchestra and was a 'loyal and enthusiastic' member of the Royal Melbourne Philharmonic, which posted the following tribute on its Facebook page:

'Paul Leggett will be missed by many, as a passionate and talented (albeit quirky) musician, who cared deeply about sharing music with his peers, and who was a champion of music education, and who devoted much of his working life to passing on his musical knowledge and talent to children all around Australia. Rest in peace Paul, and may you continue to play on in the finest of all orchestras in that very special place you have now gone to.'