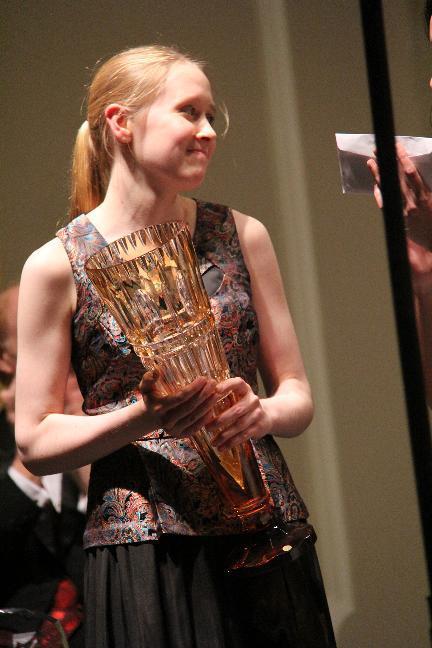 Sydney violinist Grace Clifford has won the 2014 ABC Symphony Australia Young Performers Award. The 16-year-old (pictured), who performed Beethoven’s Violin Concerto with the Adelaide Symphony Orchestra in the final round, received AU$25,000 (£14,000) as well as concert engagements, professional development opportunities and CDs of her winning performance. She also took the awards for Best Recital and Best Chamber Music Performance.

At the grand final, which took place at Adelaide Town Hall on 28 August, Clifford competed against fellow violinist Anna Da Silva Chen, 18, and 16-year-old oboist Andrew Kawai, both of whom received runner-up prizes of $7,500. Each finalist was accompanied in their concerto performance by the Adelaide Symphony Orchestra under the baton of Christopher Seaman.

Both Clifford and Chen, who performed the Tchaikovsky Concerto in the final, have been studying since 2009 at the Sydney Conservatorium of Music, as part of its Rising Stars programme. Last year Clifford also received the first prize at Australia's Kendall National Violin Competition. In September she will begin studying at the Curtis Institute of Music in Philadelphia, US.