The 38-year-old, also known as Bethan Morgan, told friends and colleagues that she needed money for cancer treatment, despite being fit and well 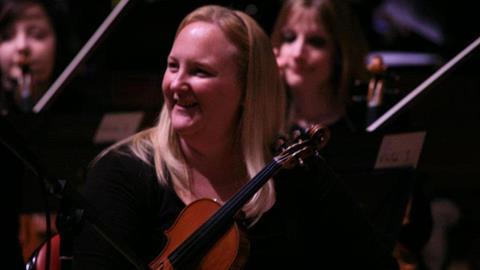 British violinist Bethan Doci has been jailed for 32 months for fraud worth £350,000.

The 38-year-old, also known as Bethan Morgan, told friends and colleagues that she needed money for cancer treatment, despite being fit and well and earning £24,000 per year as a violinist with the Royal Shakespeare Company orchestra and other ensembles.

She admitted 11 counts of fraud from 2010 to 2013 at Swansea Crown Court, where it was revealed she spent the money on luxury holidays, handbags and cars.

She conned three men out of £357,000, including the life savings of one victim, after putting an advert on the Craigslist website saying she needed the funds for treatment. Musical colleagues also raised money to pay for bogus medical expenses.

'You committed these offences in a callous and heartless manner, saying you were suffering from cancer and needed treatment which you couldn't afford,' said Judge Keith Thomas. 'You took the money but used it on a lavish lifestyle.'

The court heard that Doci had no assets as she had spent the money, so she was ordered to pay a nominal fee of £1.