A prolific soloist and noted pedagogue, Zhislin forged a close partnership with composer Krzysztof Penderecki, premiering several of his works 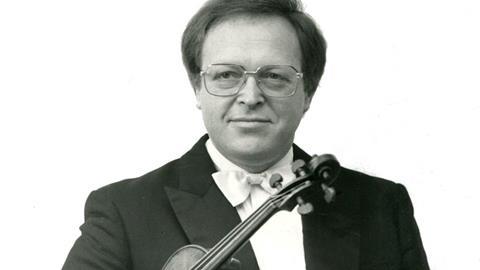 Russian violinist and pedagogue Grigori Zhislin died just a few weeks before his 72nd birthday on 2 May 2017.

A prolific soloist, Zhislin appeared with orchestras and at festivals throughout Europe, and worked with contemporary composers such as Alfred Schnittke, Edison Denisov, Sofia Gubaidulina and Krzysztof Penderecki. He premiered the latter's Violin Concerto and Viola Concerto, and recorded all of the composer's works for the instruments.

A noted pedagogue, Zhislin was a professor of violin and viola at the Royal College of Music in London and at the Hochschule für Musik Wuerzburg, Germany. He was also a jury members at the Paganini, Montreal, Wieniawski, Citta di Brescia, David Oistrakh and Yehudi Menuhin competitions.