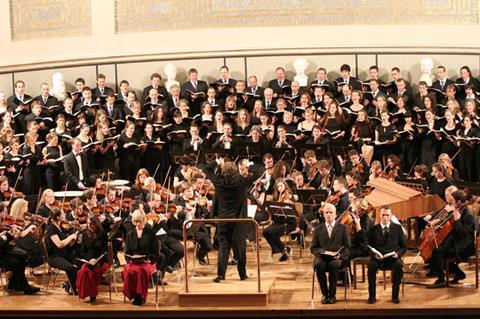 'I am convinced that we are currently experiencing the beginning of a trend shift in the classical field,' said Gerald Mertens, managing director of the DOV.

During the 2015-16 season, there were a total of 13,800 events by publicly funded orchestras and radio ensembles - ten per cent more than in the previous survey - of which 5,800 were symphonic and choral concerts.

'The results in the education sector were also surprising,' said Mertens. 'The orchestras have increased their commitment to music education with around 5,100 events - an upswing of more than 20 percent. They are doing a tremendous amount to encourage today's young audiences,' he said.

Photo: Choir and Orchestra of the Munich University of Applied Sciences (Mark Kamin)