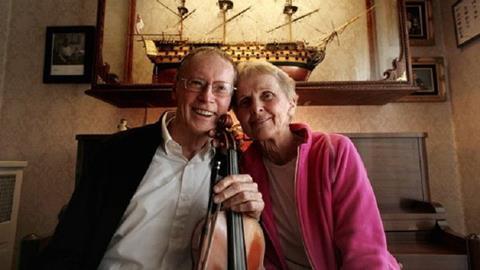 Hugh Ewart, who served as concertmaster of the Oregon Symphony in Portland, US for 30 years, died on 22 April at the age of 93.

The Scottish-born musician grew up in Chicago and attended the University of Illinois Champaign-Urbana and The Juilliard School in New York, where he studied with Joseph Fuchs, Ivan Galamian and Nathan Milstein.

After graduating from Juilliard at the age of 22, Ewart joined the Minneapolis Symphony. In 1949 he was appointed concertmaster of the Oregon Symphony and held the position for 30 years. Upon his retirement he was named concertmaster emeritus.

An active chamber player throughout the state of Oregon, Ewart gave private lessons and taught at Reed College, Pacific University and Multnomah College.