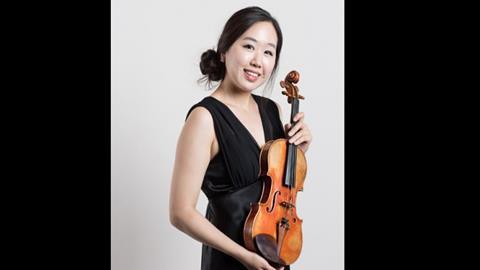 A 19th-century violin by J.B. Vuillaume is the latest in a string of instruments to go missing from London trains.

Known as the  ‘Saint Cecile des Thernes', the 1845 French violin disappeared from the 22.09 train from London Waterloo to Dorking on Wednesday 9 November. Today it has been confirmed that the Vuillaume was safely handed in to police after several days.

It's owner, London Philharmonic Orchestra first violinist Ji-Hyun Lee, accidentally left the violin in the overhead luggage rack when disembarking from the train. Upon realising her mistake she contacted police, who were reviewing CCTV footage when the instrument failed to turn up at Dorking station. The instrument was accompanied by the musician's Hill & Sons bow.

In August this year a 300-year-old Maggini violin belonging to Baroque music specialist Jane Gordon was safely recovered less than a week after it was taken from a London train, while in August 2015 a UK insurance worker was found guilty of stealing a £300,000 16th-century viola which was mistakenly left on a train by London Symphony Orchestra principal violist Edward Vanderspar.