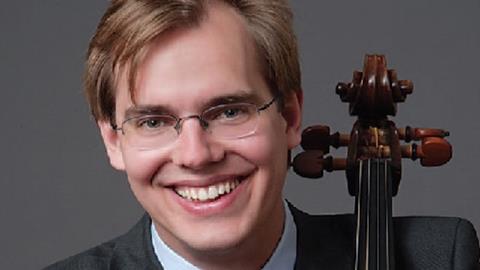 Many students struggle with good tone production. I’ve found that the main barriers are often a lack of independence between the hands, a weak or slow imagination, and an untrained ear. Students should be guided mainly by their ears. In the end, they need to be their own teachers.

I often compare vibrato to garlic or spices. When instructing on how to cook a roast lamb, for example, many cooks over-emphasise the seasoning of the meat and downplay the importance of the quality of the meat. You can add flavour, but even copious amounts of garlic won’t help if the meat itself is no good. Similarly, when performing, one must take into consideration both the sound production of the right hand (the meat) as well as the quality of the vibrato (the spices). If the sound production of the right hand is not good, even the best vibrato won’t help. The main thing, therefore, is to produce a very clear, well-projected, resonant sound with good bow contact on the string. I tell my students – even those at a very advanced level – that they should practise melodies such as the second subject of the first movement of the Dvorák Concerto without vibrato. It might be a painful process, but it helps them to focus on the sound production of the right hand.

There are two basic aspects of learning how to produce tone colour. One is the practical side: how to change colour. The other, which is more important and really hard to learn, is a creative problem. Players have to imagine different emotions and find a way to produce a sound that matches each emotion. To find a specific sound, I encourage my students to use different techniques by changing bow speed, bow pressure, vibrato speed, vibrato amplitude, and/or bow position – anything from bowing sul tasto to moving the bow close to the bridge. To practise making different tone colours is a very intense experience, so students tend to shy away from it and work on other aspects of playing instead. But in my opinion exploring the colours is just as important as practising scales or arpeggios and, as such, should absolutely be part of the daily warm-up routine. The more tonal variety there is to the sound, the richer the music will be.

Read: Is playing on the same string the only way to achieve even tone colour?

This article was published as part of a larger Ask The Teacher feature in The Strad's March 2014 issue – download on desktop computer or through The Strad App.