The CD, with Yo-Yo Ma, Daniel Barenboim and the West-Eastern Divan Orchestra, is released on 20 March 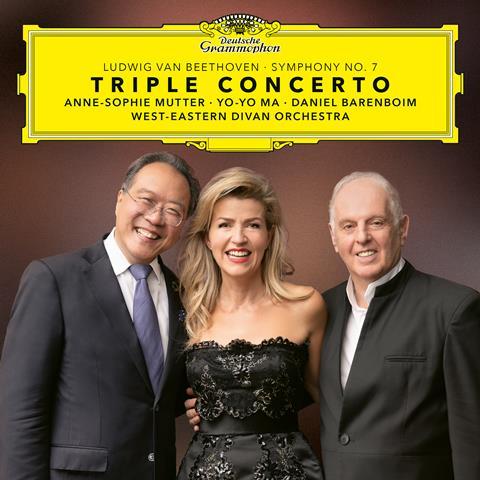 The new recording is released on 20 March

In the April issue, violinist Anne-Sophie Mutter discusses her latest recording of Beethoven’s ‘Triple’ Concerto with cellist Yo-Yo Ma and the West-Eatern Divan Orchestra conducted by Daniel Barenboim, who also plays the solo piano part. ‘Yo-Yo’s improvisando style, his freeness and the fact that he plays without the score – which literally removes the obstacle between you and the music – all lend themselves to an instant type of communication,’ says Mutter. ’It’s like telepathy, which enhances the spontaneity of the performance and the intimacy of the dialogue.’

The new recording is released by Deutsche Grammophon on 20 March and we have ten copies to give away. For your chance to win one, simply click here to enter your details.