As the founder of Music in Vision, Kathleen Ross has built a business from supplying professional musicians for on-camera roles. Here she discusses the challenges of introducing instrumentalists to the world of film and TV 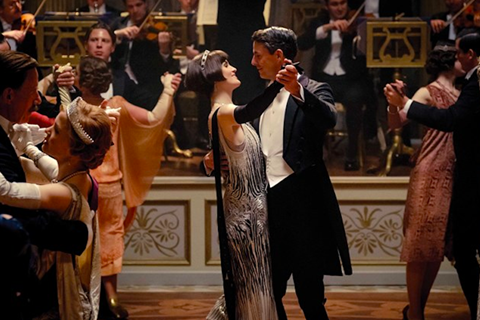 A still from the recent Downton Abbey film, featuring actors Michelle Dockery and Matthew Goode. The background musicians were provided by Music in Vision

Musicians need to have a flexible mindset, and be prepared for all sorts of variables on set. They could be miming only, playing live and being recorded (which commands a higher fee), playing live with no recording taken, or miming to a click track. Often, if the director does not want the instruments to be audible (for dialogue purposes), string players will have to clean off as much rosin as possible from their bows. I’ve even worked on shoots where new, clean bows (of the cheaper variety) are bought in by the production to ensure that nothing can be heard.

Occasionally, unusual instruments are hired in, when players that own them are not available. I really enjoy interacting with the props and set decoration departments, because it allows me to research and consistently expand my knowledge of instruments. A recent production I worked on had to hire some special balalaikas because the models that are generally available are from the Soviet era (who knew?), whereas this production was set in the 1740s.

On the drama series Britannia, set in the era following the Roman conquest of Britain, I was a performer in addition to my other duties. Fortunately, I had not been asked to provide relevant instruments from around AD43; instead, the wonderful props department made selections. We simply turned up and chose from a box of prop instruments suitable for the period. It was our job to mime on these instruments in as convincing a manner as possible. The musicians who are most experienced and successful at this kind of work are able to cope with spontaneity, being able to take direction such as being asked to move, more or to walk around while playing. 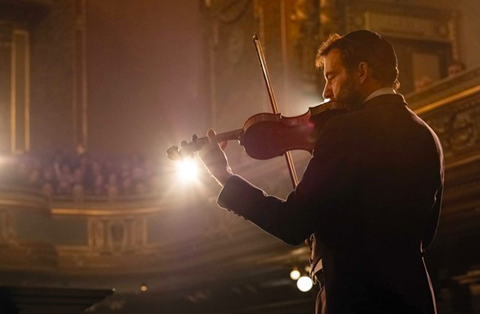 Actor Clive Owen plays violinist Dovidl in The Song of Names. Music in Vision led the casting search for a young musician to play the character as a boy
Photo: Sabrina Lantos

I am often required to find hand or body doubles for actors to make a musical performance more realistic. Diplomacy between departments is required here, because it can be difficult in some cases to find an exact match. Other departments want to ensure that their needs are met. A feature film I worked on had a lead actress miming at a keyboard instrument, and the make-up department were disappointed when I kept showing them suggestions of pianists with short fingernails. I had to point out tactfully that none of my options would have longer nails.

It’s impossible to tell whether or not you will make the cut. In the recent Downton Abbey  film, the orchestral musicians that I provided were front and centre for the ballroom scene, but in the live-action Dumbo, the Dixieland parade band appear for only a few seconds, despite numerous days of filming and a sousaphone player being supplied.

To read the full article, Into the Light, in which John York makes the case for Rebecca Clark’s 1923 Rhapsody for cello and piano, click here to log in or subscribe