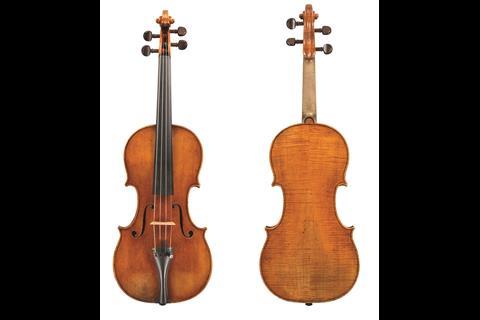 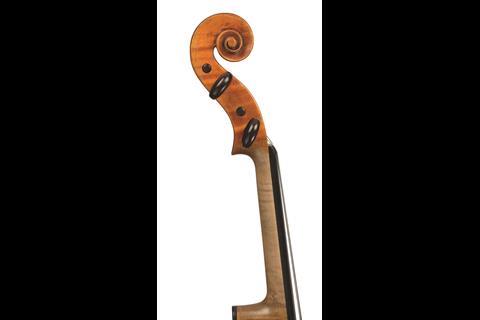 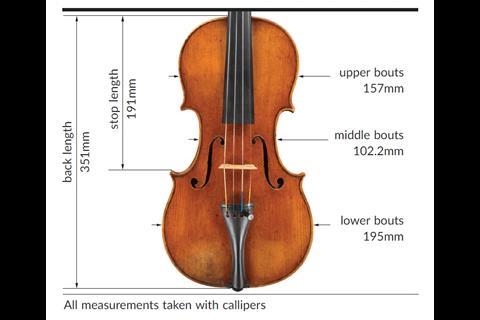 Antonio Stradivari’s ‘Sachs’ violin offers a fascinating insight into the master’s development as a violin maker, giving clues to his still-mysterious origins. Already in full command of his technical skills, he was searching for his own stylistic and tonal expression with originality and imagination. Quite how he gained his knowledge of violin making, and from whom, is still one of lutherie’s unresolved questions.

In the period the ‘Sachs’ was made, the Amati workshop was far and away the most important atelier in Cremona; every violin made in Cremona was, in effect, an Amati model, since there had been no real development away from Andrea Amati’s forms since Nicolò’s ‘grand pattern’, from after about 1630. In those terms, this Stradivari is an Amati model, and Nicolò Amati certainly the point of reference. But intriguingly it is already full of the distinctive characteristics of mature Stradivari work, which do not seem to link directly to Amati.

The only other recorded Stradivari violin that might pre-date the ‘Sachs’ is the 1666 ‘Serdet’, which bears the famous and unique ‘Alumnus Amati’ label alluding to Nicolò as his teacher. The ‘Sachs’ is also remarkably similar to the c.1666 ‘Back’: both appear to have been constructed on the S form, a narrow model not encountered after c.1670, and both have the same narrow purfling, inlaid in Stradivari’s unmistakably delicate manner.

The f-holes, too, are slender prototypes of the assured, confidently drawn style of the ‘golden period’ and beyond. Those of the ‘Serdet’ have a more obviously Amatise form, and so possibly indicate a slightly earlier origin.

The maple of the back of all three violins is the native Italian oppio, used from time to time by many Italian violin makers, but particularly apparent in Stradivari’s earliest and latest work. In fact, a similar piece can be seen in a Nicolò Amati of this same date. It has a distinctive deep, narrow figure and wide grain, compared to the broad curl and narrow grain of imported Balkan or Abruzzo maple.

The front is made of spruce of fairly open growth, with a slight curve in the grain noticeable in the upper bouts, again very close in appearance to that of the ‘Serdet’ and ‘Back’. This type of spruce is also a marker of early Stradivari work; his access to the finest materials seems to have come only at the end of the following decade.

The internal work is characteristically Stradivarian, with all blocks and linings made of willow, and the centre linings carefully mortised into the corner-blocks.

What is most remarkable is the full arching of both the ‘Sachs’ and the ‘Back’, which draws them together as virtual twins. On the front of the ‘Sachs’ it is 20mm, a good 5mm higher than most of Stradivari’s other work.

The varnish of the ‘Sachs’ is mostly modern, of a slightly thin yellow tint that also covers the head, which is plainly not original but looks convincingly like the work of the Brothers Amati.

The label has certainly been altered: the brand is inked in and the lower part missing, while the date is almost illegible.