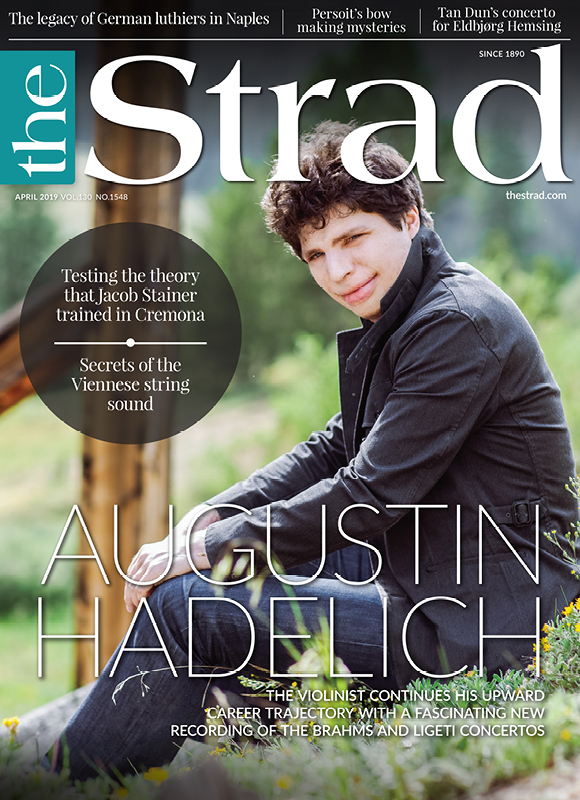 Augustin Hadelich is the cover star of The Strad's April 2019 issue, out now. In a wide-ranging interview, he discusses his career since winning at Indianapolis in 2006, and his latest recording of Brahms and Ligeti concertos.

Our monthly Masterclass is cellist Jan Vogler on Schumann's Fantasiestücke op.73; Matthew Jones offers tips for violists on achieving a good balance between the chin and left thumb in Technique; Vienna Philharmonic concertmaster Albena Danailova tells us her Life Lessons; plus Antje Weithaas expounds on her love of Tchaikovsky's Violin Concerto in Sentimental Work.