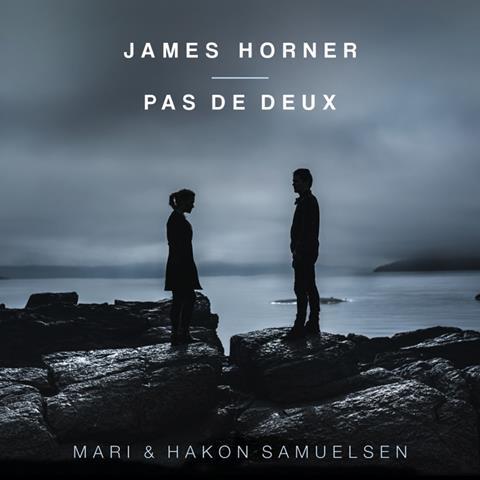 James Horner died on 22 June, at the age of 61, when his single-engine plane crashed in the Los Padres National Forest in California. The winner of two Oscars and countless other awards and nominations, he wrote over a hundred film scores including Titanic, the biggest-selling orchestral soundtrack of all time. Here, however, he is represented by his return to the concert hall after a break of 30 years: Pas de deux, a concerto for the Brahmsian combination of violin, cello and orchestra, commissioned in 2011 and premiered last year by the brother-and-sister team of Mari and HŠkon Samuelsen.

Admirers of Horner’s movie work will know what to expect: soaring post-Romantic orchestration that is easily redolent of the graceful pitch and yaw of a spacecraft or a tender moment between Leo and Kate. It all passes very pleasantly – but this listener for one likes a little more grit in his oyster and finds the harmony and rhythm somewhat unadventurous, and the intertwining lines of the violin and cello less memorable than some of Horner’s film themes. The recording is mixed somewhat claustrophobically, presumably to ensure success on Classic FM. The couplings are instructive.