From the archive: The day the 'Huberman' Strad reappeared

In this article from The Strad, 1987, Charles Beare recalls the media storm that followed the discovery of the stolen Stradivari violin 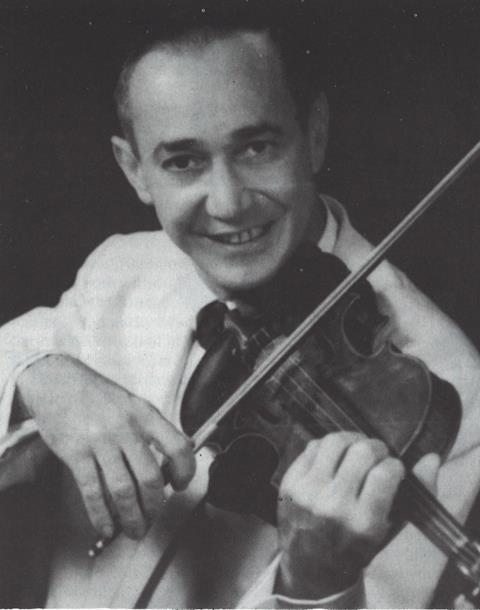 The courtroom epilogue to the tale of the stolen 'Huberman' Stradivari violin is thrillingly told by Carla Shapreau in her article, Did he or didn't he?, published in the The Strad, January 1998 and available to read online here.

Yet a gap in the story remains, between the violin's reappearance in 1985 and the beginning of court proceedings between the widow of the thief Julian Altman (pictured) and her daughter. In his article Lost and Found, Charles Beare describes the day in September 1985 when he received a phone call telling him that the 'Huberman' Strad had been found.

Click on the PDFs (below right) to read the story.

Sam Zygmuntowicz's detailed article on the 'Huberman' Stradivari is published in the November 2013 issue. The Antonio Stradivari 'Huberman' violin 1713 poster can be ordered from The Strad Library.